WELCOME BACK TO A NEW SPORTS YEAR!

Welcome back to a new school year at Southborough Primary School. We hope you all had a wonderful break over the summer and I look forward to doing lots of PE in curriculum time, during lunchtime clubs, playground activities and after school clubs and competitions as the year progresses. It's going to be an action packed year of sport!

Welcome back in term 3. We've got an action packed term with lots of clubs and competition. Last week we started our Term 3 Football matches with some exciting games and this week we see clubs commencing  on Tuesdays, Wednesdays and Thursdays. Please have a look at the clubs sheet and competitions fixtures for Football, we're currently waiting for dates for Cross country and Basketball and we have two Hockey competitions in term 4. The pictures below show some of the clubs and competitions we have been taking part in so far this academic year.

On a cold Thursday afternoon the year 5 Girls football team travelled to Claremont to play their first match of the season. The games started at a fast pace with Claremont moving the ball at pace scoring 3 early goals despite some brilliant first time goal keeping from Jessica. The Southborough team made a number of excellent runs with Noe, Beth and Georgia coming close to scoring. It was a fantastic effort from all the pupils that took part and despite the score it was a great experience against a strong Claremont team.

Southborough Orange team came up against a very strong and fast St Johns team in their first match of the season. The pitch was far from perfect with the mud on the ground making passing extremely difficult. However, the team played with real commitment and never gave up with all the players supporting each other and communicating really well when moving with the ball. We look forward to their next game later in the season.

Southborough Girls produced a brilliant display of passing and moving with the ball throughout their game against Paddock Wood Primary School. After an early lead with Harriet scoring and Maddie making some excellent saves it was apparent that it was going to be a very close again. At half time the score stood at 3-2 to Southborough before Paddock wood scored an excellent goal early in the second half to equalise. We had some brilliant goals from Marlena and Isla and the team spirit throughout the match made for a fantastic and fun game for the player.

On a cold wet December afternoon we travelled to Mascalls Academy with a small number of pupils to take part in the Tunbridge Wells Cross Country League. The pupils once again produced some brilliant performances with Billy winning the year 6 boys race with a brilliant sprint finish. He was followed closely by Teddy and the other competitors. In the girls race both Chloe and Rose ran with determination with Rose finishing in 10th place and Chloe running brilliantly in her first race. The year 3 and 4 girl’s race saw the Southborough pupils all finish in the top 6 places with Ava managing to win with a fantastic display of front running with Bella a close second from Isabelle and Leila who finished close behind in 4th and 6th place. In the boys race, Jacob used all his speed to finish in an excellent 6th place and Frank in his first cross country race completed the course in 22nd looking really strong through the mud. Once again all the pupils produced some amazing performance on a tough and hilly course.

On a cold, crisp afternoon Southborough Greens travelled to St James Primary School to play their first Football game of the season. It was always going to be a challenging match with St James historically being a very strong team. The game started at a fierce pace with the ball being moved around the field with control and efficiency. Southborough Greens had an early opportunity with Aiden from a free kick which narrowly whistled pasted the left post. St James then had a break up the right wing with an excellent ball into the box seeing their striker take their team 1-0  up with a great finish. Pressure from Frank and Alex saw Southborough narrowly miss another opportunity and with some excellent defending from Johnson and Elliott the game nearing half time remained at 1-0 in St James favour. Beau in goal then produced two fantastic, at full reach saves to keep the score at 1-0. In the second half Ben and Charlie held the centre of the field making some excellent through balls with William moving the ball at speed up the wing. Zachary made some excellent defensive tackles as well as showing strength in attack.   St James then made two or three excellent through balls during the second half to secure more goals with a couple of very fast wingers breaking through our defence.  The green team played with great spirit against a very strong St James school and should be proud of their performance.

After a fantastic win on Tuesday, Southborough Blues always knew this would be a tough match against a well organised and strong St Johns Football team. Southborough took the early lead to go 1-0 up after 10 minutes through an early goal from Billy from a throw in before St Johns quickly equalised. The team continued to play really well with James in goal producing a number of great saves and again showing great agility. At half time St Johns had taken the lead 2-1 but the game was extremely close. In the second half despite some brilliant runs from Max, Harry, Oscar, Isaac and Jack, St Johns started to pass the ball with fluency managing to score a couple of goals through our defence. Kian, Billy and Daniel provided some excellent through ball but with the consistent pressure from St Johns, we were unable to come back despite some great shots in the final few minutes.

What a great start for Southborough Blues team who had a fantastic win against St Marks at Southborough School. It was a fiercely contested game from the start with some brilliant passing and moving by both teams. In defensive, Daniel was strong with his tackles and with support from Kian, Jack, Max and Billy in midfield we’d managed to break through to score two excellent goals in the first half. In the second half it was a close contest with James in goal making some fantastic saves and showing some brilliant agility. Isaac also had some excellent shots on goal along with Oscar who narrowly missed. In the end some superb support play from Harry and Jack saw Max score the final goal to make the score 3-0 to Southborough. The game was played with excellent spirit and sportsmanship and all the players thoroughly enjoyed their first match of the season.

Wednesday after school clubs continued to be a busy time in term 2 with over 200 children taking part in different activities from Years 1 to Year 6. These activities then rotate after Christmas. These clubs are run by the teachers in each year group and pupils are encouraged to take part and play to increase confidence, wellbeing whilst remembering the importance of sportsmanship and fair play throughout the year. Here are a selection of pictures showing the after school clubs in progress through the term. 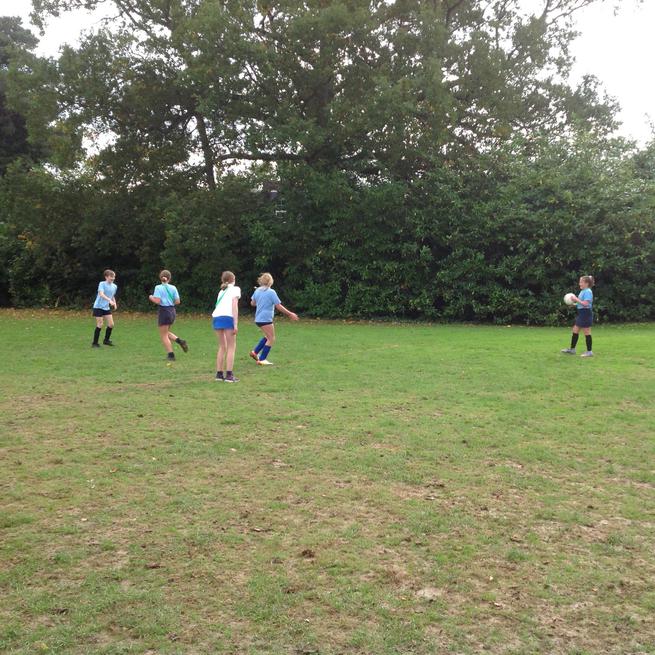 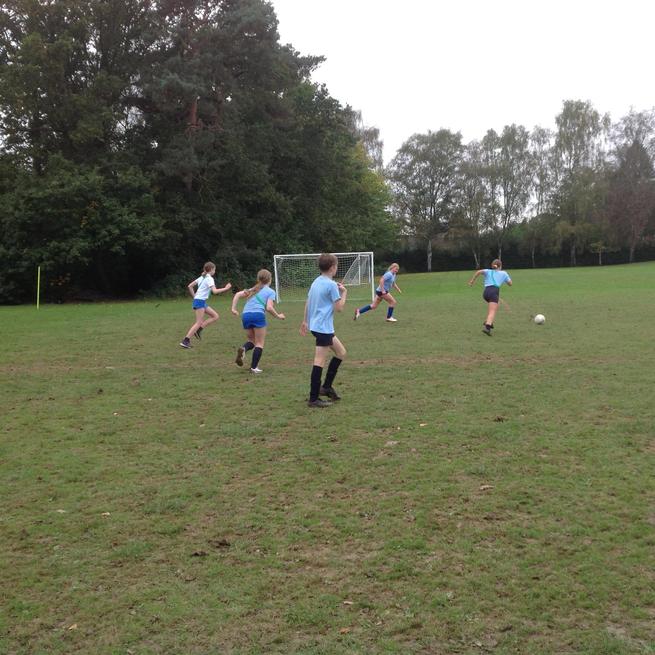 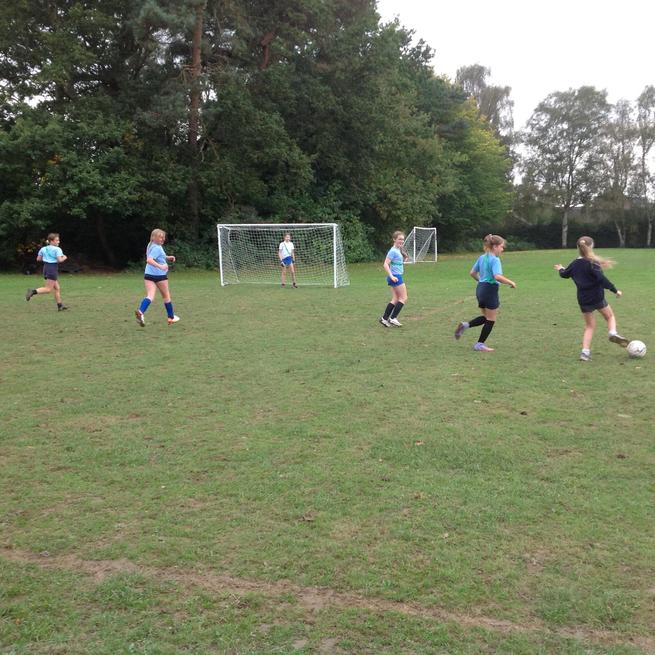 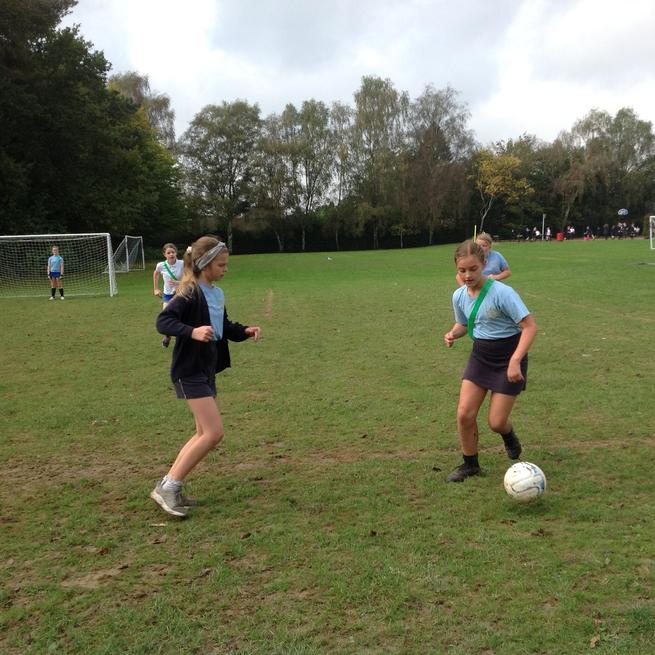 On a sunny, warm autumn day Southborough school produced some fantastic results in the Primary Schools Cross Country  at The Schools at Somerhills.  Billy A ran away with the Year 5/6 race and Bella B and Ava H had an amazing sprint finish for 2nd and 3rd place in the Year 3/ 4 girls race. The course was windy and undulating and the standard of each race was extremely high.  Most races had over a hundred pupils running in them and from the results below Southborough produce some exceptional performances. Well done to all the pupils that took part and for showing such resilience and stamina.

Here are the provisional results:

Jenson B(Year 4) also lead most of his race but suffered a bad stitch near the end but still ran an amazing race.

Here are the official results from the Cross Country. Pupils are represented by their school name.

Southborough took two teams to the TWRFC Tag Rugby festival made up of green squad and blue squad with both squads playing three games in their pool groups. Greens played with exceptional pace and showed some brilliant handling and passing skills with lots of tries being scored by both the boys and girls. Green team managed to draw their first games and then really powered through with two convincing wins against Claremont and Lamberhurst with some exceptional tries throughout.  Blue teams had an equally tough pool, drawing the first game and then really challenging Claremont A in the second game before narrowly losing.  The last game was challenging against Ide Hill but despite the game being very physical with lots of tagging and running, Southborough managed to  again narrowly lose by a couple of tries with some support from green team. It was a great afternoon of Rugby with all the pupils thoroughly enjoying the experience of playing against the other schools in their pool. Well done to all the pupils who took part.

As we approach 1/2 term we celebrate being able to play competitive sports again against other schools. We also enjoy the return of the Football and Netball league where we will be competing against a number of other schools in the district. The after school clubs continue to go from strength to strength with a range of clubs being run on Tuesdays, Wednesdays, Thursdays and Fridays. We are also running lunchtime clubs in preparation for upcoming external competitions through the school year.